The AniMessenger can summarize Gundam Build Divers’ plot in a single sentence: Catdog and Fox Jesus have a man-crush on Riku.

The has-been, afflicted by PTSD flashbacks of epic bro-time, spends his miserable existence munching Cheetos and posing his army of 1:144 Panzer IVs. Thank Tomino that a group of tweens harassed him to the brink of insanity, driving him back to the land of opportunity–GBN–where he can fulfill his vocation as “Nerd Elf.”

As our team of Pre-Pubescent Plamo Pals gather intelligence on Koichi and vice versa, The AniMessenger finally catches a whiff of that elusive magic that seemingly disappeared post-Build Fighters season one. The sense of achievement–rags-to-riches characters finding redemption through model building prowess. The over-the-top comedy–Magee and company harassing the ex-modeler elicits some honest laughter–and mech battles functioning as cherries-on-top rather than primary drivers.

For the first time, Divers puts the spotlight on physical, analogue, non-VR building. The results? A touching display of earnestness and passion rather than meaningless flash and/or scenarios designed to stoke nine-year-olds. This reviewer upgrades his opinion of the show from “kill it with fire” to “not bad”–a ringing endorsement. If the Weasel Commander returns? Oscars, here we come. 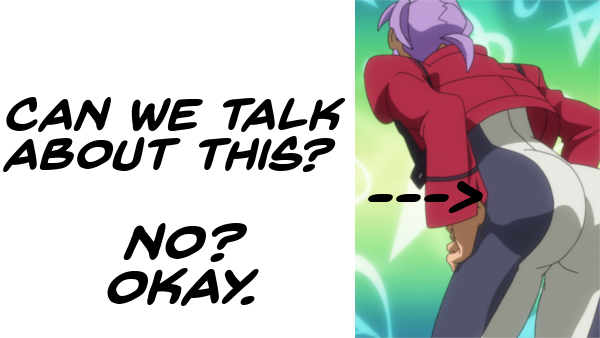 All screenshots and promotional images are the property of Sunrise, TV Tokyo, and Sotsu. The AniMessenger does not claim ownership.